You are here: Home / Health Benefits Of Drinking Tea (And How Much To Drink) 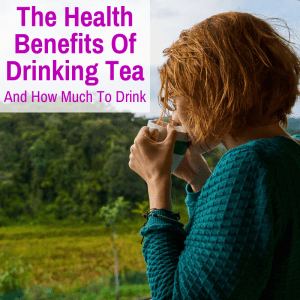 We hear it every day.

We get it. We should be drinking more of it. But why, exactly?

What are the actual health benefits of tea?

It turns out: a lot. Tea has tons of health benefits. Many are fairly certain, while others still need further study.

But what is certain is that tea gives us a lot and takes nothing. Unlike most drinks that aren’t water, tea contains no sugars or calories or other harmful substances (unless we add them). That said, caffeine may be considered harmful, despite the low amount contained in tea.

The lack of harmful substances alone makes drinking tea a great idea. Then you add the certain benefits and possible benefits.

Let’s take a closer look at what makes tea healthy, how much you should be drinking to take advantage of those health benefits and the actual specific benefits that have been linked to the consumption of tea.

Why Is Tea Healthy? 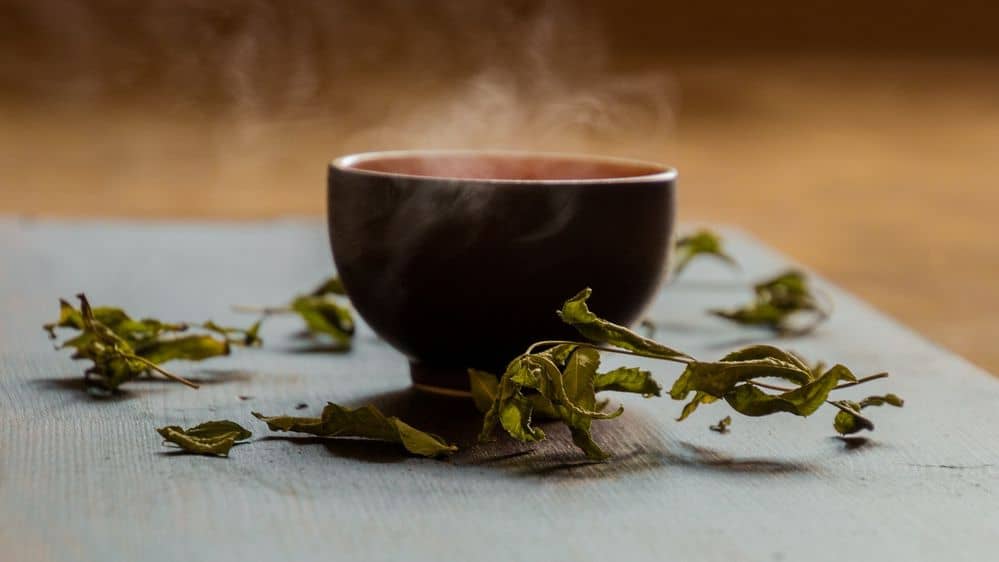 Tea contains antioxidants, the most important of which is EGCG. This is a potent catechin that neutralizes harmful free radicals in the cells.

Tea also has a high concentration of flavonoids when compared to other foods or beverages. Finally, tea contains fluoride and caffeine, both of which are beneficial in small amounts.

How Much Tea Should I Drink?

I’ve seen recommendations ranging from 2 cups per day to 10 cups per day; the only thing I can say for sure is that no one really knows how many cups is ideal. Most newer studies seem to agree that if you’re drinking at least 4 cups a day, you will probably be getting most of the benefits. And remember, a cup is fairly small.

Which Tea Is The Healthiest?

A common question with a simple answer: Matcha is the healthiest. This recently very popular Japanese tea comes in powder form and since the whole leaves are consumed and not just the extract, the health benefits are multiplied.

Only the highest grade is usually drunk as tea; lower grades can be sprinkled on food or added to drinks (as is the case with Starbucks’ Matcha Green Tea Latte).

When it comes to teas that are steeped and the leaves discarded, those varieties that undergo the least oxidation generally retain the most nutrients and catechins and are thus the healthiest.

Here is a list of the most common tea varieties beginning with the healthiest and ending with the variety that offers the least health benefits:

The Health Benefits Of Drinking Tea

Drinking a certain amount of tea every day has been linked to numerous health benefits. Some of the benefits have been proven definitively, but many still require further study. The bottom line is that tea is healthy. We just don’t know exactly how healthy it is yet. Let’s look at the main benefits.

Studies have suggested that the antioxidants contained in tea might help protect against various types of cancers including: stomach, prostate, breast, pancreas, skin, colorectal, lung, esophagus, small intestine, liver, colon, ovarian and oral cancers. Current research is mixed and more study is needed. For more information, check out this report by the National Cancer Institute. 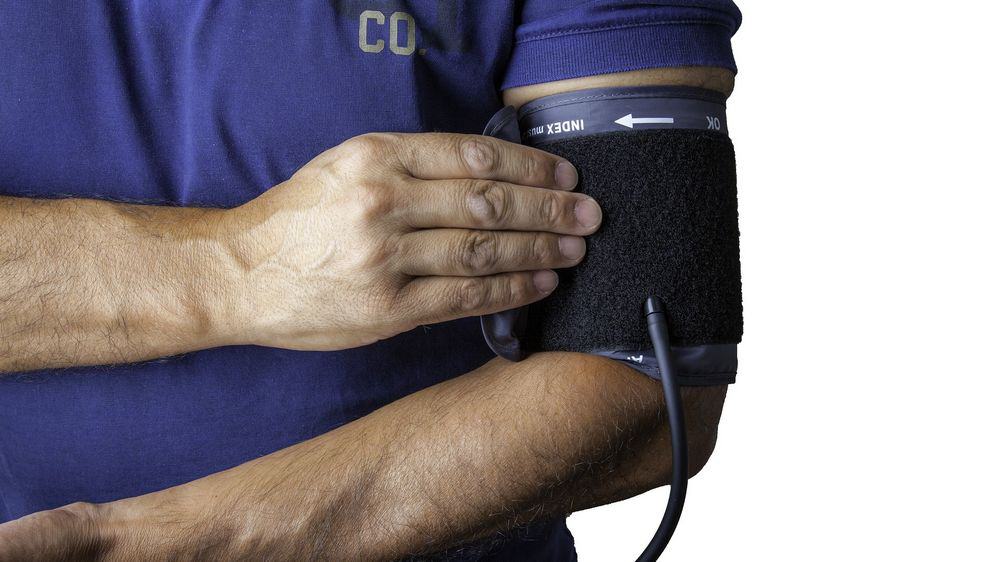 Drinking tea is thought to protect the circulatory system and the heart by lowering the level of LDL (bad) cholesterol in the blood, lowering blood pressure and thinning the blood.

Tea is said to help regulate glucose levels which slows the rise of blood sugar after eating. This can prevent high insulin spikes and the fat storage that would result.

Protect Against Alzheimer’s And Parkinson’s

Tea is thought to slow the deterioration caused by Alzheimer’s and Parkinson’s. Studies on mice showed that tea protected brain cells from dying and restored damaged brain cells.

Both the fluoride and the catechin contained in tea have been shown to kill bacteria and viruses that cause throat infections, plaque and other dental conditions.

Antioxidants in tea eliminate free radicals that accrue from a poor diet, being in the sun too long or stress. These free radicals can damage the skin and age it prematurely.

Catechins in tea are strong antibacterial and antiviral agents; in some studies tea has been shown to inhibit the spread of many diseases, from influenza to cancer. There is also evidence of the effectiveness of tea for flu or cold symptoms and prevention.

Theanine, an amino acid found in tea leaves, is thought to provide a relaxing and tranquilizing effect. This effect is even more pronounced when jasmine blossoms are added, making green jasmine and white jasmine teas especially good for relaxation and possibly helping prevent depression. 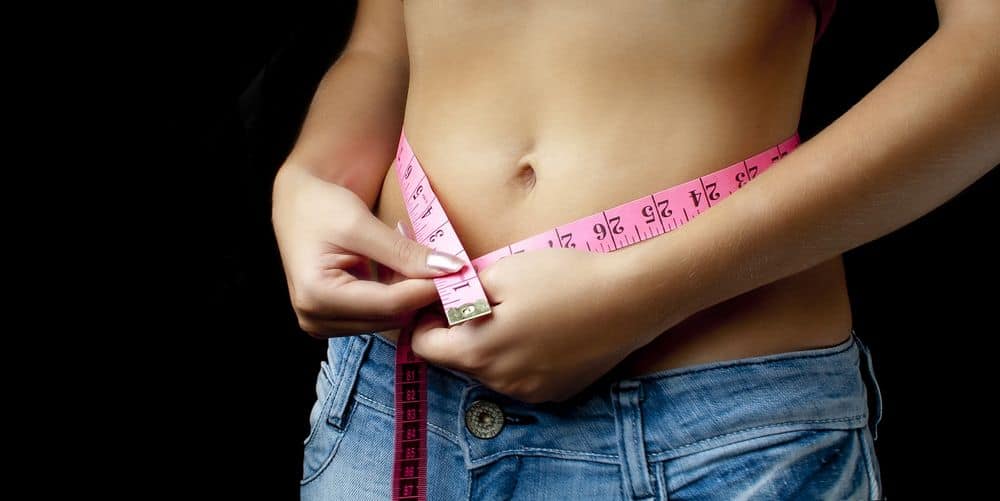 Tea may increase the metabolism; the polyphenol found in tea is said to increase levels of fat oxidation and the rate at which your body turns food into calories.

Tea also aids in weight loss by containing no sugar or calories, which is always a step up from whatever it replaces. Most people are replacing some other drink when they begin drinking tea. Unless that other drink is water, it contains more bad stuff than tea. That is actually the main way that tea helps you lose weight.

Studies have shown that people who regularly drink tea have greater bone strength and density than those who don’t; it may also be beneficial for sufferers of arthritis and osteoporosis.

As you can see, tea has so far been credited with a ton of health benefits. It is almost certain that more will be discovered.

Do take note that many of the benefits listed here are not definite. Studies have shows possible connections, but much more research is needed into the health benefits of tea, before we know exactly how good it actually is for us.

In the meantime, I will just continue drinking it, knowing that I am doing good for my body, even if I don’t yet know all the details about how good. Because I do know that tea is not doing anything bad to me. And that alone puts it above most drinks that aren’t water.

Finally, I want to note that bottled teas in the US are usually not healthy, due to the addition of tons of sugar. Read “Is Arizona Green Tea Healthy For You?” for more on this.