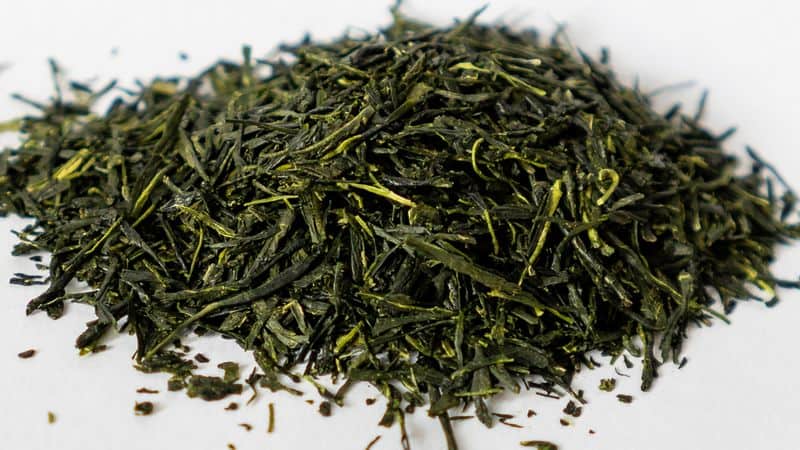 Gyokuro is one of the most expensive Japanese teas available and also one of the healthiest. It grows in the shade, which causes an increase in the amino acids (theanine), caffeine and nutrients in the leaves, resulting in a sweet, vegetal flavor and a distinct aroma. The infusion has a pale green color.

Where to Buy Gyokuro

You can buy this high-quality tea in any specialty tea shop or through a number of online vendors. If you are unsure where to begin, you can check out some of my recommendations below.

How to Prepare Gyokuro

The preparation of gyokuro differs from other teas in that it requires a much lower water temperature of 50°C–60°C (122°F–140°F) as well as a longer steeping time and more leaves. For these instructions, I’m going give a method of approximating the correct temperature with a simple stove-top kettle.

While the instructions I give here will result in a good brew, I highly recommend a more accurate method of regulating the temperature for a high quality tea like this one.

Using a thermometer is the cheapest way to get an accurate water temperature, but a water boiler/warmer or an electric kettle with a variable temperature setting would be preferable. The best pot to use for gyokuro is a traditional kyusu tokoname side-handled teapot.

Kyusu Japanese Teapot Selection Browse on Amazon
We earn a commission if you make a purchase, at no additional cost to you.

A tetsubin cast iron pot will work well, too Tetsubin Japanese Cast Iron Teapot Selection Browse on Amazon
We earn a commission if you make a purchase, at no additional cost to you.

If the tea is too mild, increase the water temperature; if it is too bitter, reduce the temperature.

This is a very difficult tea to brew correctly. Many people do not like this variety of green tea and that’s usually because they’ve never managed to brew it correctly. Basically, you’ll want to keep experimenting until you come up with the perfect brew for your particular taste.

When you do, all that work will be worth it. Gyokuro is the one highest quality teas available and few things beat a perfectly brewed cup.

Many people already have an account with Amazon.com so it is probably the easiest place to buy tea online. Unfortunately, their selection of higher quality teas is generally lacking, especially when it comes to loose leaf versions.

I haven’t tried any of their gyokuro and can’t really make a recommendation, but If I were to try some, I’d go with one of two companies that specialize in Japanese teas. Either this organic gyokuro from Ocha:

Or this one from Chado Tea House: Chado Tea House Finest Japanese Imperial Gyokuro Green Tea
$43.00 ($43.00 / Count)
View on Amazon
We earn a commission if you make a purchase, at no additional cost to you.

Personally, I prefer to buy from specialty tea shops online, especially for a high quality tea like gyokuro. The best one I’ve tasted outside of Japan is this Uji Gyokuro from Art of Tea. Art Of Tea Uji Gyokuro Tea
from $60
Shop Now
We earn a commission if you make a purchase, at no additional cost to you.

The Uji area near Kyoto is considered the tea capital of Japan and one well-brewed cup of this stuff will have you hooked for life.

The main tea growing regions that product gyokuro are Yame, Uiji and Asahina in Japan. Yame is on the southern island of Kyushu, Uji is near Kyoto and Asahina is in Shizuoka, which is in the east, just southwest of the Tokyo region.

Yame produces the highest quality variety (and is very hard to find outside Japan), though the other two regions produce excellent teas as well.

Gyokuro is expensive and difficult to find. What makes it so special, rare and different from other Japanese green teas is the way it is grown and the processing method. Let’s compare it to the most popular Japanese tea, and the variety most similar to gyokuro, sencha.

Gyokuro is often referred to as a type of sencha, because the processing is very similar. But the method of cultivation is different.

Gyokuro is grown at a lower altitude than sencha, in a misty and rainy climate. It is also grown in the shade. 20 days before harvest (at a minimum), the tea plants are shielded from the sunlight.

You may recognize this as tencha (the tea that is processed into matcha). The finest tencha is the tea that ends up becoming gyokuro.

Shading the bushes from about 90% of the available sunlight has several effects.

The reduced sunlight inhibits photosynthesis, so the plant ramps up chlorophyll production to make up for that. The increases chlorophyll turns the leaves darker and also results in more nutrients and more caffeine.

In addition, the amount of L-theanine, which ads sweetness to the flavor of tea and also boosts the umami taste, is increased. Usually, light hitting the leaves results in L-theanine converting into catechin.

Since there is less light to stimulate this process, the L-theanine content of shade grown leaves is much higher. It is this increased level of L-theanine that gives gyokuro its distinct taste.

Growing in the shade is also the main reason for the higher price.

Since the tea bushes need to make up for the lack of sunlight on their own when they are grown in the shade, they use more energy. It takes them a while to recover from the energy drain of spending 20 days in the shade. As a result, they can only handle being harvested once a year.

This contributes to gyokuro’s rarity and high cost. Shading also adds to the production costs, especially is trellises are built, which further drives up the price of the final tea.

Immediately after being picked, the leaves are steamed to prevent the oxidation process and preserve their flavor. After cooling down, the leaves are rolled several times to soften them up, to help them dry and to give them their characteristic needle shape

After this, the leaves are dried once more. Then they are sorted by quality, with the highest being used for gyokuro. A final firing reduces the moisture in the leaves even more to help them last longer. It also enhances the characteristic flavor.

At this stage, the leaves spend several month aging, before they are packaged up for shipping.

For more on gyokuro tea check out the Wikipedia page.