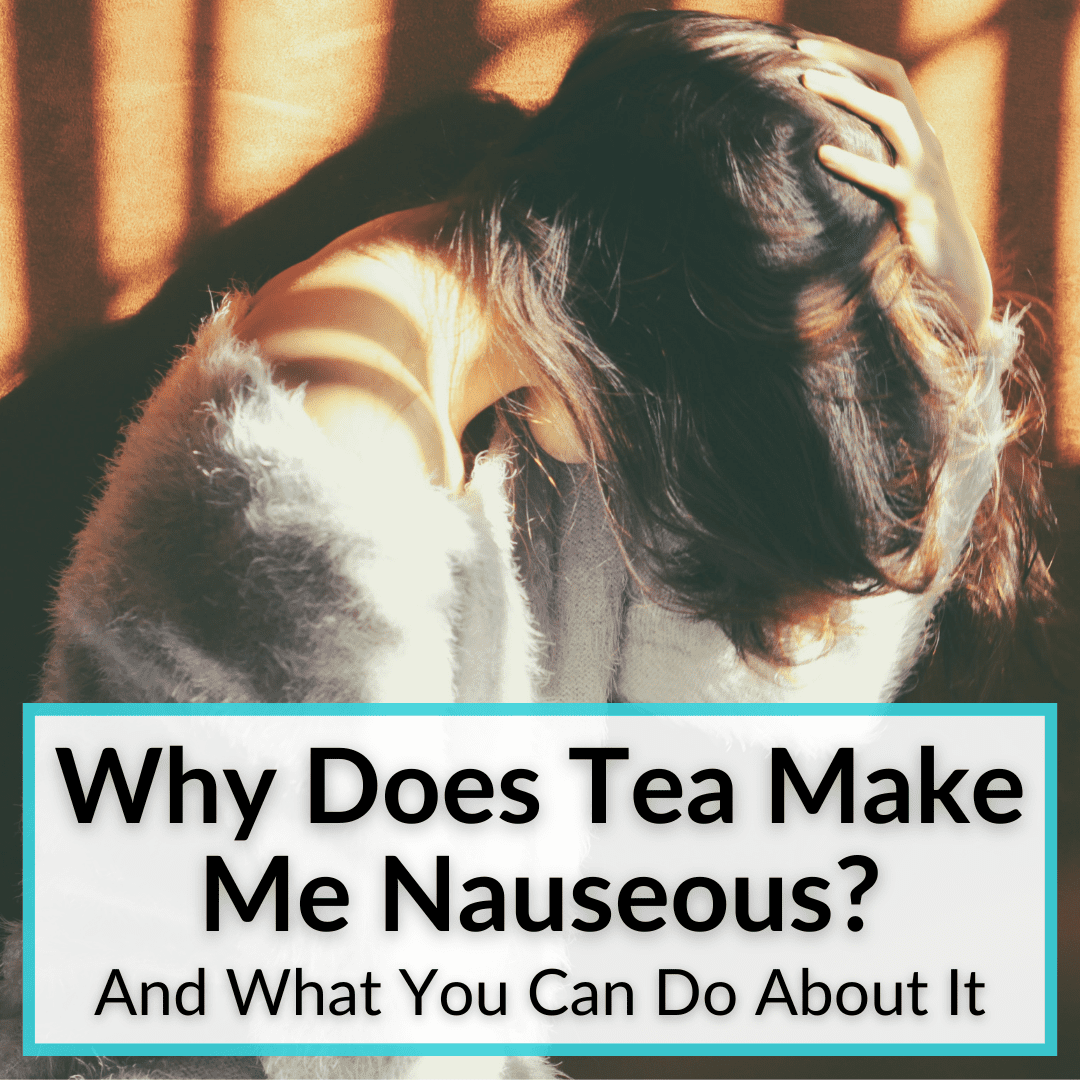 Do you sometimes feel nauseous after having a cup of tea.

Or perhaps you feel nauseous after every cup of black tea, green tea, oolong tea, etc.?

While most people only become nauseated after drinking large amounts of tea, some are more sensitive to certain components in the tea.

In that case, you may feel queasy after a single cup.

If you do feel bad after drinking tea, we may be able to help.

Keep reading to learn why tea can make you feel nauseous and what you can do to reduce, or even eliminate, the nausea you experience from drinking tea.

Why Does Tea Make Me Nauseous?

The short and simple answer as to why some people feel nauseated after drinking tea is because of naturally occurring compounds within the tea plant called tannins. Tannins are organic compounds which impart a bitter taste and can cause irritation in the gastrointestinal tract due to their astringent nature.

You can mitigate the nauseous effect of the tannins by avoiding green and black tea, adding milk, or avoiding drinking tea on an empty stomach.

Does All Tea Contain Tannins? In a nutshell, yes. All true tea (i.e. not herbal teas) comes from the same species of plant: Camellia sinensis. However, due to differing processing protocols for different tea varieties, there can be a variation in the amount of tannins, or tannic acid, within different types of tea.

There are six basic varieties of tea: black, green, white, yellow, oolong, and pu’er, with each being processed differently. Other common tea flavors, such as peppermint tea, are derivatives of these six  basic teas.

Black tea leaves tend to have higher levels of tannins than other types of tea. This is in part due to the leaves being allowed to oxidize before they are dried.

When the leaves are allowed to oxidize, they turn brown, in the same way a banana turns brown if left exposed to the air. It is this process of oxidation which gives black tea its characteristic flavor and leads to it having higher levels of tannins than other tea types.

It is common for black tea to contain tannin levels between 12 and 15 percent. Pu’er is similar, since it is also oxidized, and then allowed to ferment. That said, some pu’er is not oxidized fully and will thus have fewer tannins.

Oolong teas are semi-oxidized, which leaves them with a tannin level which falls between the levels of black tea and green tea. Oolong teas commonly have between 8 and 9 percent tannin levels, but there is a lot of variation, since some oolongs are far less oxidized than others.

White tea undergoes less processing than the other types of tea and generally contains the lowest levels of tannins. Usually, white tea is picked and then dried without any oxidation occurring. This lack of processing compared to other tea types is what gives it its distinctive flavor and keeps the tannin levels low. 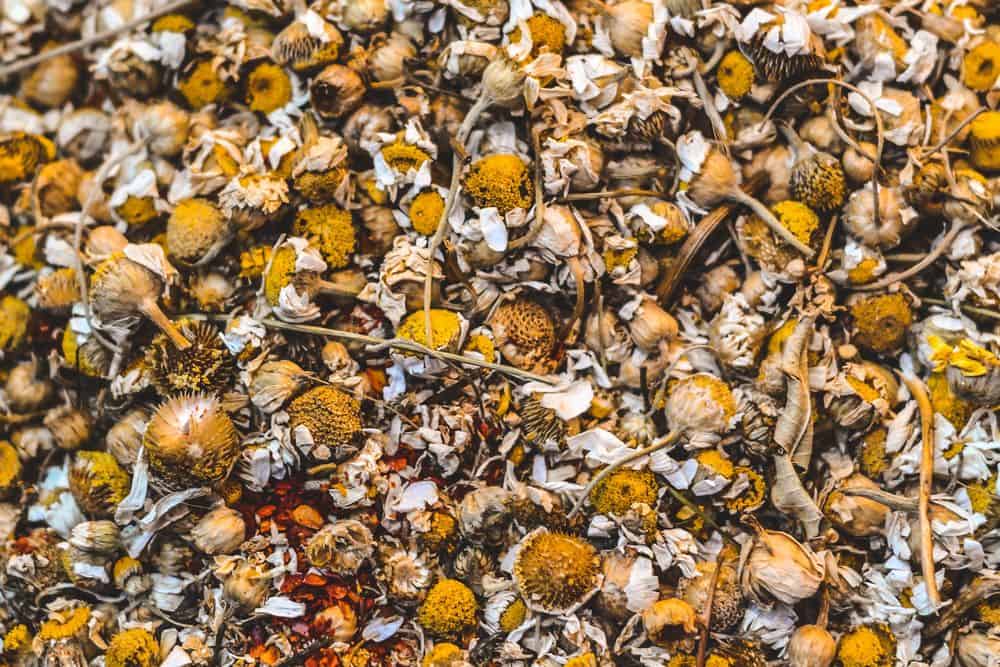 If the herbal blend contains plants with tannins, such as blackberry leaves or hibiscus flowers, there will be tannins present in your brew.

How Can You Reduce The Nauseating Effects Of Tannins?

If you have a sensitive digestive system and feel nauseated after drinking tea, there are a few steps you can follow in order to reduce the uncomfortable feeling associated with the tannins.

Why Does Black Tea Make Me Nauseous?

If you feel nauseated after a cup of black tea, it is due to the tannins, as mentioned. Black tea has more than other types of tea (apart from some pu-erh teas), so it is most likely to make you feel bad.

That said, most people would have to drink an insane amount to experience nausea from tea, so you likely have a more sensitive stomach. Try some of the tips above to help reduce, or even eliminate, the nausea.

Why Does Green Tea Make Me Nauseous? 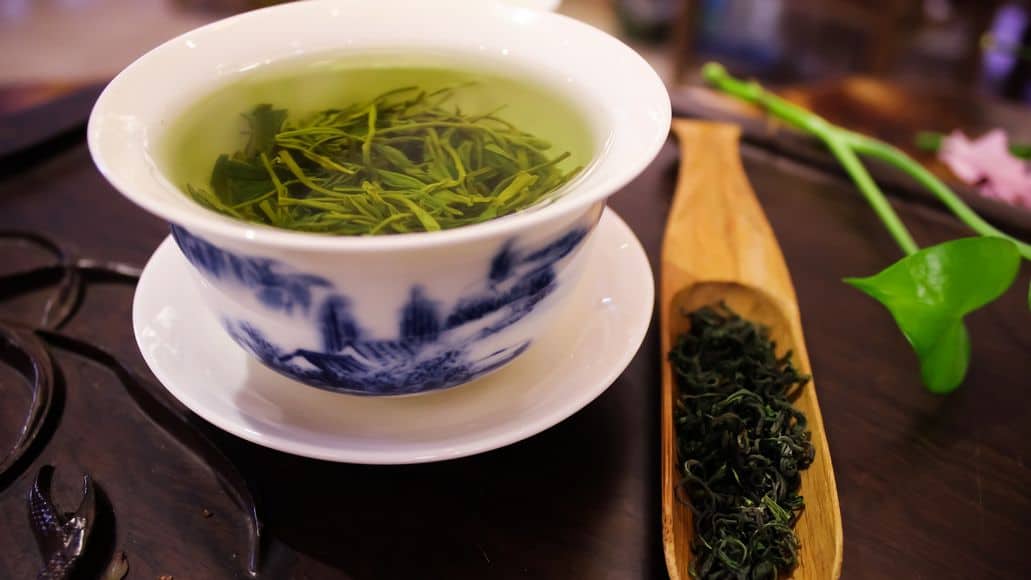 Green tea can also induce nausea for the same reason. Even though it contains far fewer tannins than black tea, people with a sensitive stomach can still feel bad after a cup of green tea. Especially if you drink it on an empty stomach.

Below we will answer some common questions related to tea, nausea and tannins. If you have any additional questions, please feel free to ask them in the comments below.

Are Tannins Bad For You?

In general terms, tannins are neither good nor bad for your health. But we should remember the age-old adage of “everything in moderation.”

Tannins act as antioxidants, and when consumed in moderation, they can help your body stay healthy and may even prevent some diseases. However, too much tannin intake can cause disruption to your body’s natural health and interfere with vitamin uptake. One such issue is anemia, because high levels of tannin can affect the body’s ability to absorb iron. 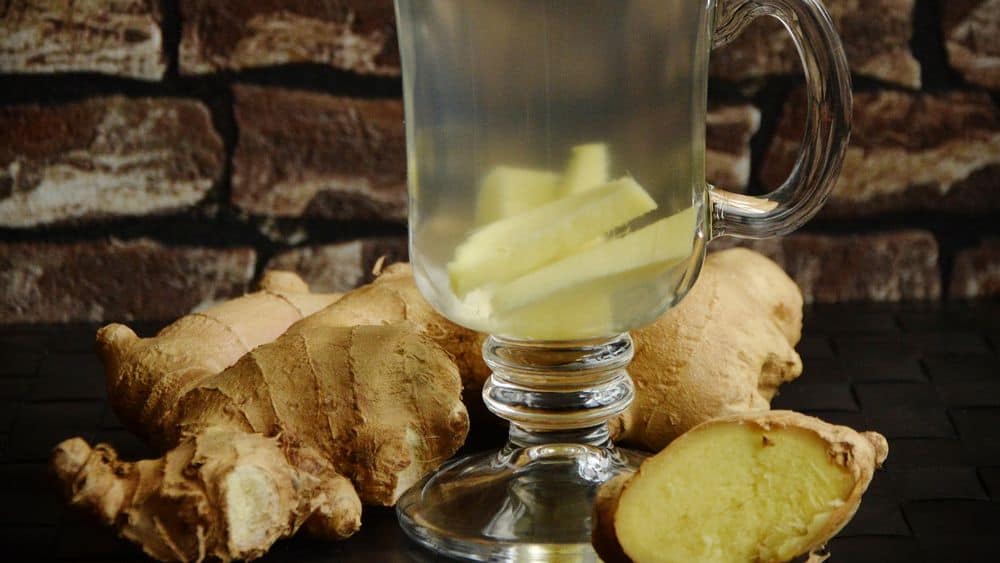 Ginger contains very low levels of tannins and is used to treat nausea. Adding ginger to your regular tea can also help reduce any nauseating effects. Ginger root contains negligible levels of tannin, and ginger tea is made by boiling the root in water.

Rooibos tea is not actually a true tea. It is an herbal infusion that contains low levels of tannin and is also naturally caffeine-free. Rooibos is made from a different plant species than true tea. It is made from Aspalathus linearis rather than the Camellia sinensis plant.

This ensures there is a much lower level of tannins present compared to black tea, green tea, oolong tea, or other types of true teas. And the lack of caffeine can also help reduce any nauseating effects.

Many consider rooibos the best tea for people who don’t like tea, or for those who get nauseated when they drink regular tea.

Chamomile tea contains a low concentration of tannins. The tannin level in chamomile tea is generally less than one percent. It’s a caffeine-free herbal beverage prepared from the harvested dried flowers of the camellia plant. Chamomile tea has a sweet, floral flavor and is cited as being potentially beneficial to those with mild anxiety and insomnia.

Why Tea Can Cause Nausea: Final Thoughts

If you’ve been asking yourself, “Why does tea make me nauseous but does not make other people feel bad?”, now you know. Some people are simply more sensitive to the tannins in tea.

These compounds can cause nausea in everyone, but most people need to drink a large amount of tea before they begin to feel nauseated. If you feel nauseous after a single cup, try some of the tips we gave you above. Hopefully those can alleviate the issue. If not, you may have to switch to an herbal tea with a lower level of tannins.