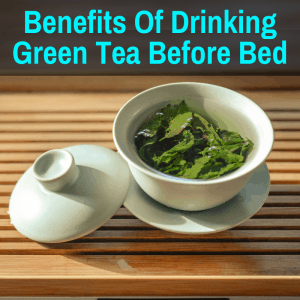 Would you believe that having a cup of green tea right before bed time is actually beneficial?

Not only does this give you a nice boost of some seriously healthy compounds right before going to sleep, green tea actually aids in relaxation and sleep.

The only potential problem is the caffeine.

Most green teas contain fairly low amounts of caffeine. A small cup will not keep most people awake, but those who are extra sensitive to caffeine will suffer.

That said, different varieties of green tea have greatly different amounts of caffeine. Matcha has the highest by far. Houjicha has the lowest. If you are worried about caffeine, that is the one to drink.

Why should you risk lying awake unable to sleep? Are the benefits of drinking green tea before bed really worth that risk?

You’ll have to decide that for yourself. But you should definitely give it a try at least once.

Drinking Green Tea Before Bed: Go Ahead And Do It

There’s no question that green tea offers many health benefits including a faster metabolism, a boost in energy, lower cholesterol levels, and even improved mental focus. But is there a right time and a wrong time to enjoy your favorite tea?

Most people immediately think that drinking green tea right before bed is a big mistake.

All that caffeine? Won’t that keep you up all night?

And it’s true, for some. The caffeine could make it harder to fall asleep. But the truth is, most green tea is so low in caffeine that for most people, it’s not going to affect your sleep the way drinking a cup of coffee would.

Why Green Tea Is So Powerful 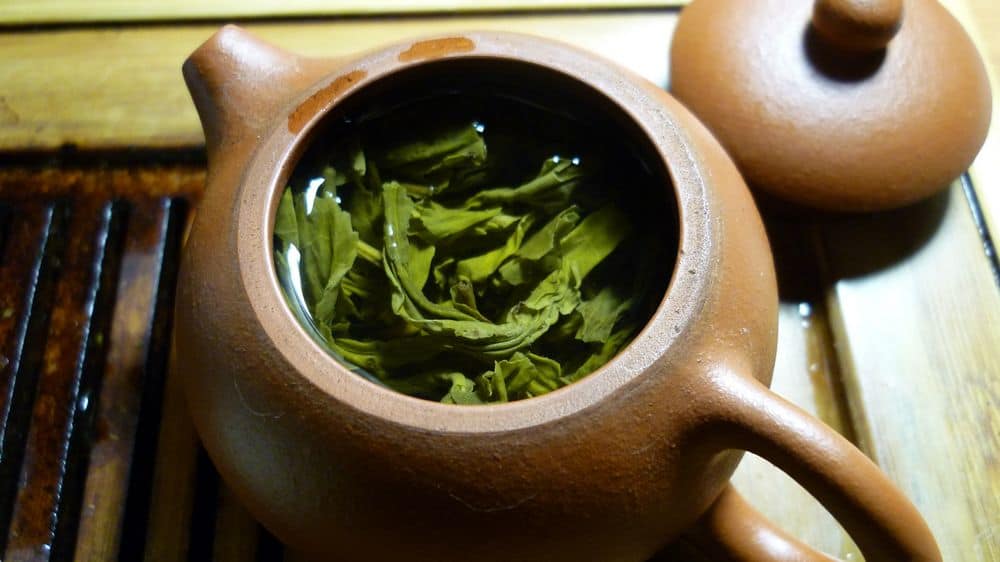 Green tea not only has a reputation for being one of the most delicious teas, it is also known for its ability to boost energy, increase brain power, promote relaxation, curb your appetite and aid in weight loss.

But what makes this tea so powerful?

Green tea is loaded with three main plant compounds that are very beneficial to your health. These compounds are:

Caffeine is a powerful stimulant that’s found in other teas, chocolate, and coffee. It can improve mood, improve mental focus and clarity, and can even improve your reflexes.

L-theanine is the most abundant amino acid found in green tea and it’s believed to promote relaxation, reduce stress, and improve brain function.

Together, these compounds provide many of the important health benefits that are associated with green tea, such as improved sleep, relaxation, mental clarity, a lower risk of diabetes, protection against certain cancers and heart disease, and weight loss. Green tea before bed can even potentially improve sleep quantity and quality. 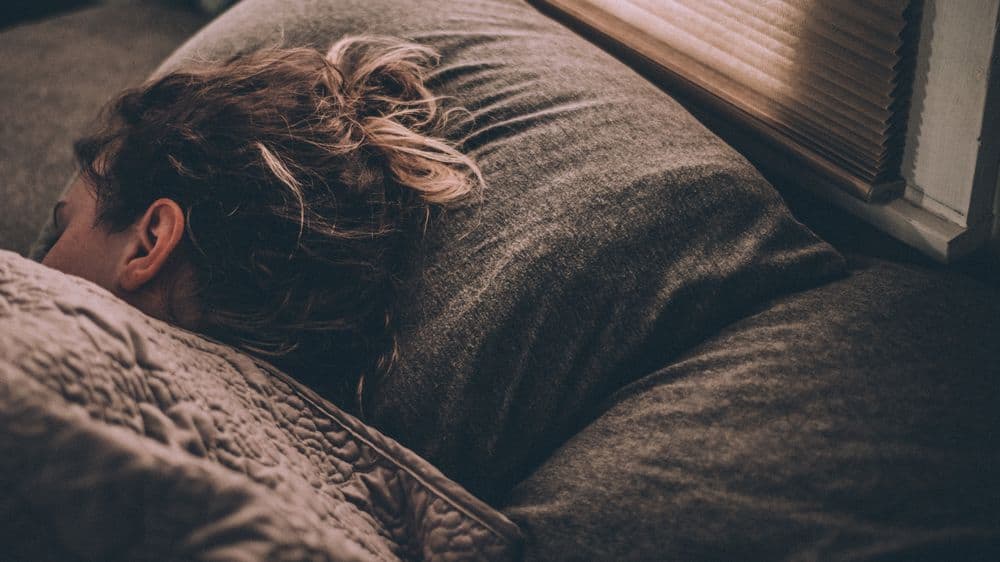 Green tea has been used in traditional medicine for thousands of years because it provides a range of health benefits including improved cardiovascular function and mental health, and it can even regulate digestion, boost the metabolism, and prevent high blood pressure.

Green tea should be prepared correctly for the best results, ideally using loose-leaf tea and not tea bags. Using loose leaves instead of bags ensures you’re getting tea that’s loaded with antioxidants, amino acids, and all the vitamins and minerals your body needs.

When you drink green tea, you ingest a variety of catechins, flavonoids, and antioxidants. Together, all of these compounds will work to prevent damage and keep you healthy.

You may be hesitant to drink it at night, because you’re concerned you’ll be tossing and turning for hours. However, drinking green tea before you go to sleep can actually help anyone who’s dealing with sleep-related issues.

This is because of the high L-theanine content found in tea. This important amino acid can work to reduce anxiety and promotes relaxation. Because of this, many tea drinkers claim that a cup of green tea before bedtime actually helps them rest better at night.

A Natural Way To Fight Cancer

Did you know drinking green tea regularly can lower your risk of certain cancers? This includes:

One study that included seventy thousand women, found that regular consumption of green tea significantly reduced the risk of colorectal cancer. The use of green tea extract also showed promising results for the treatment of lymphocytic leukemia. 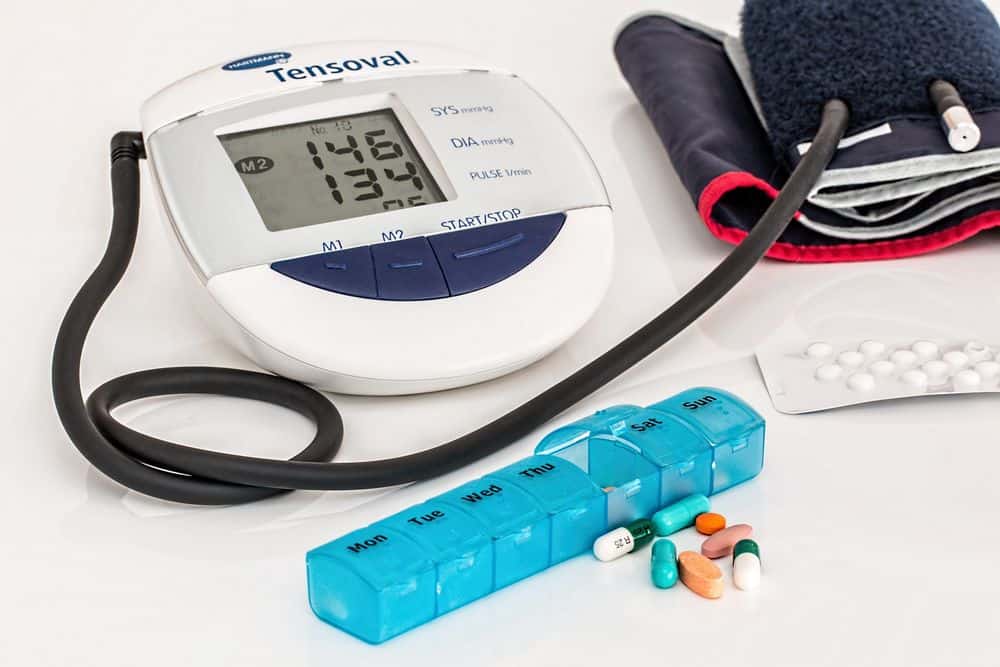 A study conducted by Harvard University claimed that drinking green tea can also reduce your risk of cardiovascular disease since regular consumption can reduce cholesterol and triglyceride levels.

Additionally, a study in Japan found that people who drank more than five cups of green tea daily also had a lower risk of heart attack and stroke. Read our article on what green tea does to prevent strokes for more.

A Natural Treatment For Depression And Anxiety

The caffeine content in green tea can help naturally elevate your mood, while the high L-theanine content can help fight depressive symptoms. Additionally, drinking a cup of green tea can actually induce brainwave production, which helps a person feel happier and more relaxed.

However, if you’re sensitive to the effects of caffeine, even the low amount found in green tea may increase your feelings of anxiousness.

If you’re making the switch to green tea because of its lower caffeine content, start off slow and drink just half a cup the first week. If you’re able to tolerate the tea with no negative side effects, increase your tea intake to a full cup.

A Solution For Weight Loss 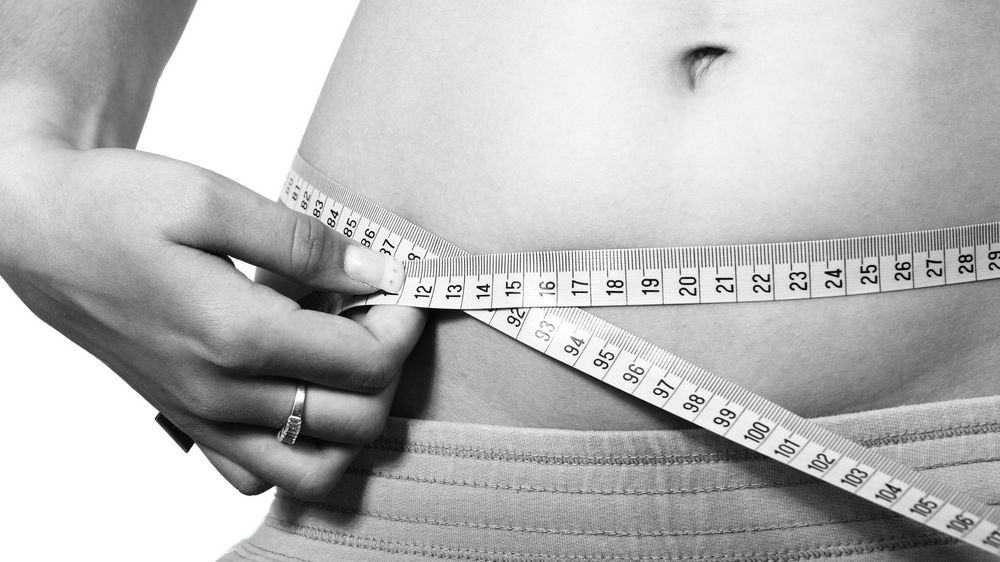 If you drink a cup of green tea before bedtime, research suggests that you can boost your metabolism. When combined with a healthy night of sleep, this can help promote weight loss. In some cases, people had a metabolism increase of four percent or more, which is pretty impressive.

But it’s not just the caffeine content that encourages fat burning. In fact, the tea’s thermogenic properties deserve more of the fat-burning credit than the caffeine does.

Green tea consumption has also been linked to blood sugar and hormone regulation, which helps to decrease appetite.

Green tea has also been found to naturally lower cholesterol levels. It is not a magical cure for high cholesterol, but combined with exercise and a healthy diet, tea can have a positive impact on cholesterol.

Of course, green tea should not be used as the sole treatment for high cholesterol. Often, people who are diagnosed with high cholesterol must take medication that can help lower their levels, while also following a low-fat diet.

Drinking green tea daily can help to further lower your cholesterol level but should never be used in place of prescribed medication.

One study found that drinking green tea daily promoted healthier gums and teeth. It can also lower your risk of periodontal disease. This disease causes chronic inflammation of the gums.

The catechin content in green tea can help to naturally reduce the body’s inflammatory response to bacteria. A cup of green tea after you’ve done all of your oral care for the evening can boost oral health, allowing the catechins to do their job while you sleep.

Green tea does stain your teeth over time. This is due to the tannins. But most people brush their teeth before going to bed. This means you’ll likely brush them shortly after your nighttime cup of tea, which will minimize the effect tannins can have on your tooth enamel.

An important antioxidant found in green tea, polyphenols are said to boost the immune system, helping the body to fight autoimmune diseases. 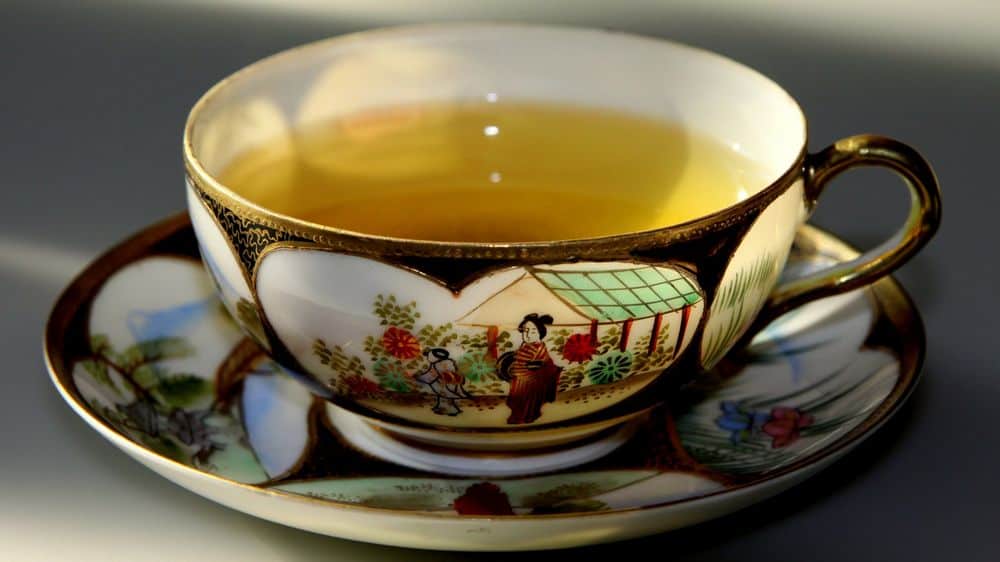 Drinking green tea throughout the day can aid in weight loss. It doesn’t have to be before bedtime. Most fitness experts recommend drinking at least three cups of tea a day to lose weight.

However, the amount of weight you can lose from drinking green tea tends to vary from person to person. Other factors come into play such as age, starting weight, gender, daily calorie intake, and how active you are.

Ultimately, you’ll have the best chance of losing weight when you follow a healthy, low-calorie diet, exercise three to four times a week, and drink three cups of green tea daily, any time during the day, not just at night.

Does Green Tea Make You Sleepy?

Green tea contains L-theanine, a powerful amino acid which has been proven to promote a restful night’s sleep and reduce stress and anxiety.

However, for some, the caffeine in tea may prevent them from falling asleep at night. If you’re not caffeine-sensitive then the low amount will not have any negative impact on your sleep. If you are, you could try cold brewing your green tea, which drastically lowers the caffeine content.

Does Green Tea Keep You Awake?

As mentioned, green tea could keep you awake if you are especially sensitive to the effects of caffeine. For most people, however, the caffeine content is not high enough to keep you awake, unless you drink a large amount. Keep it to a single small cup and avoid matcha, which has a much higher caffeine content.

Green tea with jasmine is perhaps even better to drink at bedtime. Jasmine has been shown to promote relaxation and it’s addition to tea makes it even better at helping you sleep. And jasmine does not add any caffeine to the tea, so the content stays the same as it would be without the jasmine.

Who Should Not Drink Green Tea?

When consumed excessively, tea can cause certain problems in pregnant women, people who suffer from preexisting stomach issues, people who are iron deficient, and people who are very sensitive to the effects of caffeine.

The tannins found in tea can cause an increase in stomach acid production, which can cause constipation or nausea. If you suffer from this, avoid drinking your tea when your stomach is empty. Or drink cold-brewed tea, which does not contain tannins.

If you’re iron deficient, then you’ll want to avoid drinking tea at mealtime, or one to two hours before and after a meal, since the tea can affect iron absorption from food.

If you’re pregnant, you’ll want to avoid drinking more than a few cups of tea daily since it contains caffeine, which can cause an increased risk of miscarriage. To learn more, read my article entitled can a pregnant woman drink green tea?

You can enjoy green tea throughout the day. In fact, it makes a great alternative to coffee, especially for people who are trying to cut back on their daily caffeine intake.

Even though it’s obvious that drinking green tea at night offers a number of health benefits, your main concern is probably whether or not the caffeine content will prevent you from getting a good night’s rest.

If you’re very sensitive to caffeine, then a restless night could be in your future. However, while coffee contains a whopping ninety-five milligrams of caffeine per cup, green tea only contains around thirty milligrams.

If you’re still not sure whether or not the caffeine will keep you awake at night, start off by drinking just half a cup, one to two hours before bed. If you find that you tolerate the caffeine well, go for a whole cup the following night.

Another option is the roasted Japanese green tea houjicha, which has a much lower caffeine content, due to the roasting. Give it a try, if you are worried the caffeine in other green teas will keep you up. And if even houjicha keeps you awake, try an herbal tea for sleeping.