Do you drink tea in the morning?

If not, you should.

Tea beats any alternative morning drink. Whether you start your morning with coffee or orange juice, tea is better than both.

True, it doesn’t have the vitamin C of orange juice, but it has a lot of other health benefits and far more of them. And apart from fresh-squeezed juice, most juices are actually quite unhealthy.

And true, it doesn’t have as much caffeine as coffee, but it actually gives you a much better boost in the morning.

I’ll go into detail why that is below. I’ll also cover the other major benefits you get from having tea in the morning.

Benefits Of Drinking Tea In The Morning

The fact that drinking tea is good for you isn’t exactly a secret, but most people aren’t aware that drinking it first thing in the morning comes with its own special benefits. Tea should be your go-to hot or iced beverage and should be consumed more often than just when you’re coming down with a cold.

The right morning beverage can do wonders in terms of rehydrating you after sleeping for several hours, and it can also get the brain going, helping to set the tone for a productive day.

When you choose tea in the morning over coffee, you’re taking a step in the right direction. Many studies have been conducted regarding the benefits tea offers and how it can be a much healthier alternative to coffee, but many people struggle to make the switch due to the lower caffeine content.

The following are some of the primary benefits of having a cup (or two or three) of tea in the morning. And I would keep having more cups of tea throughout the day. In fact, I do. 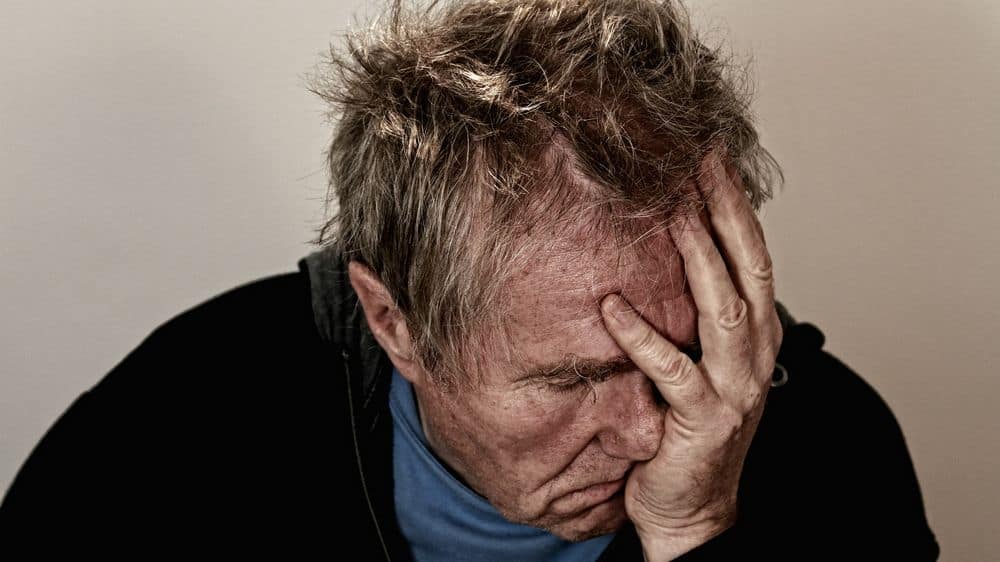 After sleeping all night, the body can become slightly dehydrated since you haven’t consumed any liquids for hours. If you wake up and your brain is feeling sluggish and foggy, reaching for a cup of tea can help in more ways than one.

While a cup of coffee first thing in the morning is a ritual of sorts for many, tea has a lot more to offer in terms of health benefits. Many types of teas contain antimicrobial and anti-cancer properties, not to mention catechins and antioxidants.

Whether you prefer oolong, white, green, or black tea, they all contain flavonoids, which are natural antioxidants found in plants.

If your go-to tea is green, then this means you’re enjoying a healthy dose of catechins. Black tea comes with a ton of theaflavins, which have some of the same effects as antioxidants.

The polyphenolic compounds that are found in tea can help prevent cardiovascular disease, as well as diabetes, in addition to having anti-aging properties.

A Better Source Of Caffeine 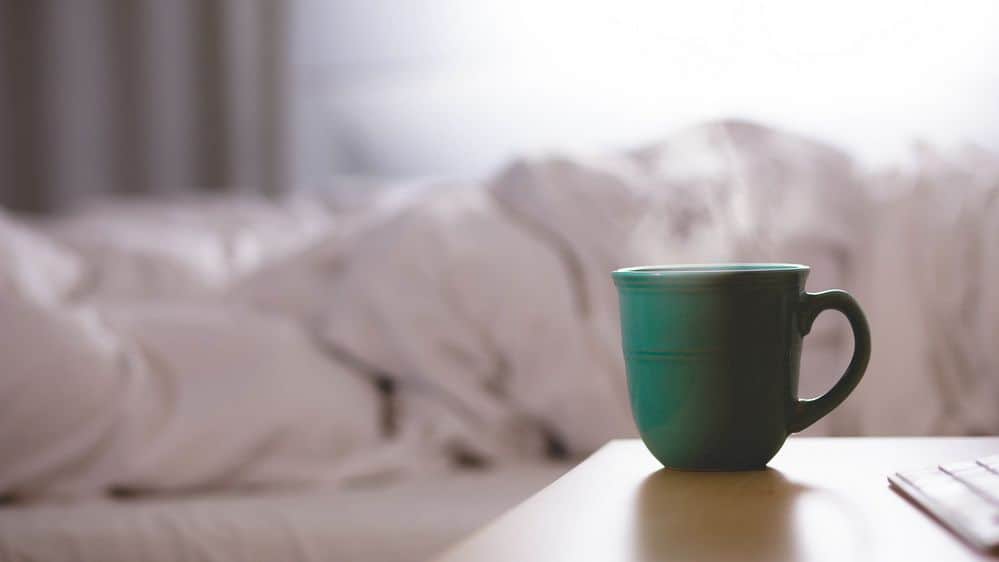 Okay. I can admit that most types of teas, which the exception of matcha, don’t contain quite as much caffeine as coffee. But if you’re tired of feeling nauseous and jittery an hour after your first cup of joe, then tea is a much safer alternative.

Tea contains a small amount of caffeine which may be just enough to give you the energy boost you need in the morning, without overdoing it.

The low caffeine content makes tea a better choice for people who are sensitive to caffeine or those who are trying to cut back on their daily caffeine intake.

Tea (and matcha more so than any other tea) also packs other energy-boosting properties that won’t hit you the same way that caffeine does.

Both L-theanine and the amino acids in green tea slow down how quickly your body absorbs caffeine, so you’ll enjoy an energy level that’s manageable and won’t make you jittery.

Basically, you’ll have more energy for a longer period of time. You also won’t experience the same type of crash that you can when you drink too much coffee. This crash can make it difficult to focus and can give you a feeling that’s similar to early morning brain fog.

So, if you want the energy without the crash, opt for tea first thing in the morning, instead of your caffeine loaded cup of coffee.

If regular tea does not have enough caffeine for your start into the morning, take a look at matcha. It has a much higher caffeine content than other teas. It also contains more of every other nutrient, making it the healthiest tea of all.

The reason for this is that matcha is a powder made from the whole tea leaves. You consume the entire leaf, not just the steeped essence. With it, you consume all of the components in the leaves, not just the small portion that is steeped out.

Gives Your Metabolism A Boost 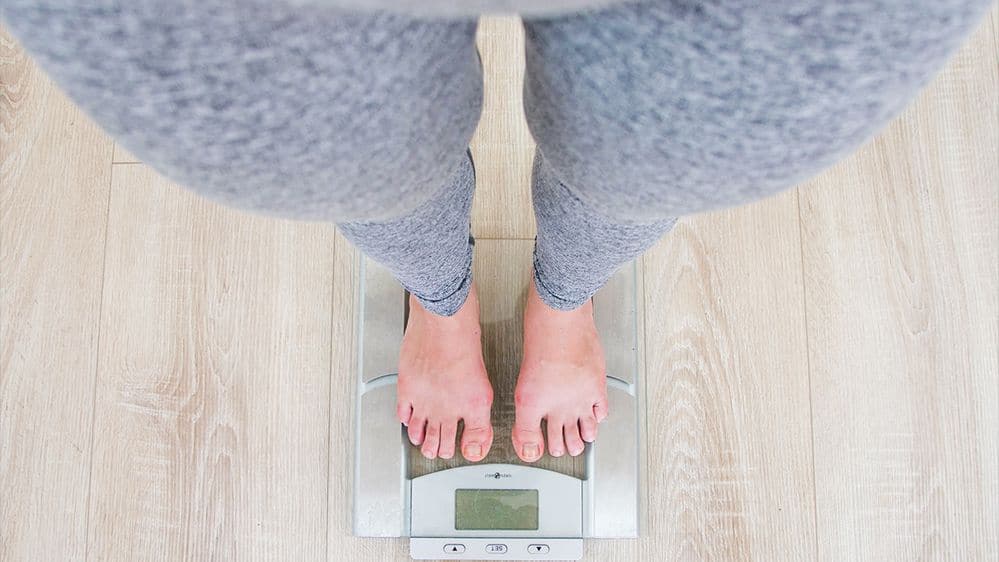 All teas, but especially matcha, can help to accelerate weight loss due to their chemical composition. They contain powerful amino acids that throw a switch in the body causing it to turn use stored fat as a fuel source.

When sold in supplement form, you’re not getting the best quality tea. Most manufacturers just use the leftovers, which means the extract is derived from the steams and broken pieces of the leaves.

Aside from helping you lose weight and keeping you hydrated, some teas can also help to satisfy that sweet tooth you may have upon waking.

If you’re trying to eat a more sensible breakfast and want to steer clear of pancakes, French toast, or your morning Danish, then a cup of peppermint green tea can leave you feeling a little more satisfied while curbing your appetite and giving you a nice energy boost.

Helps Recovery After A Workout 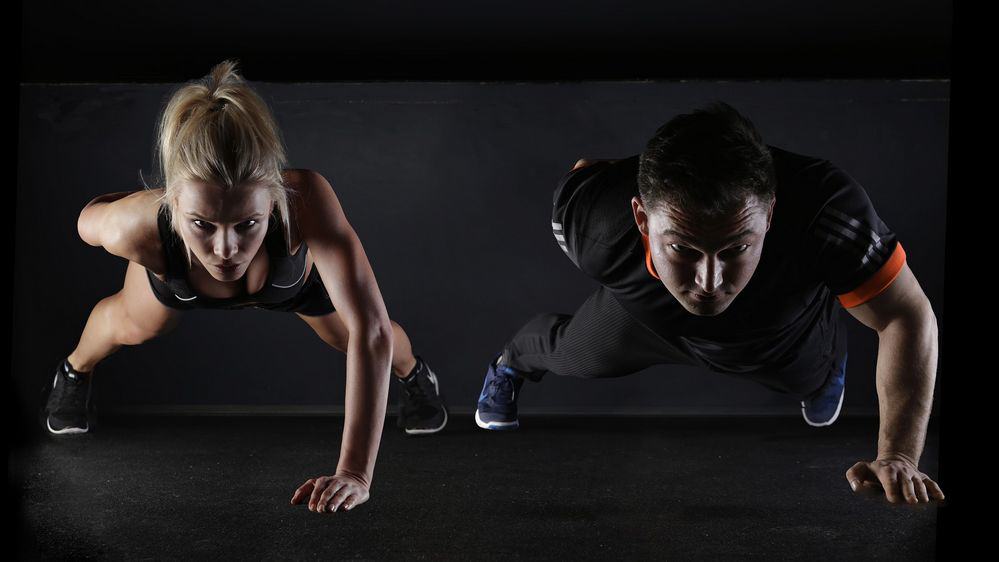 If yesterday was leg day, then you know you’re in for it this morning, when you get out of bed and take your first steps of the day. Delayed onset muscle soreness is an unavoidable part of working out, but that doesn’t mean you have to suffer.

Drinking tea can help repair damaged healthy cells, which results in faster muscle recovery. Drink a cup of tea after a workout and another first thing in the morning for best results. 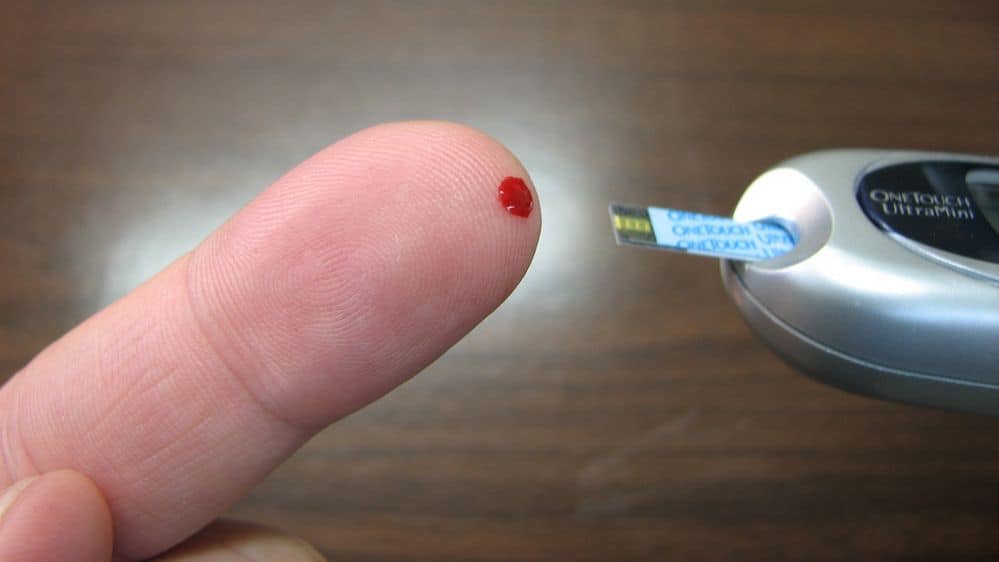 If you’re diabetic or prediabetic and working closely with your doctor to get your blood sugar under control, a cup of tea first thing in the morning can help regulate blood sugar.

If you’re prediabetic, a cup of tea every morning may even help to prevent type two diabetes. Research has shown that when consumed after a meal, a cup of tea can help reduce blood sugar levels.

So, if you’re diabetic and you’ve accidentally eaten something you shouldn’t have, follow your meal with a cup of tea. This reduction in blood sugar levels is due to the polyphenols in tea which contain antioxidant and anti-inflammatory properties. 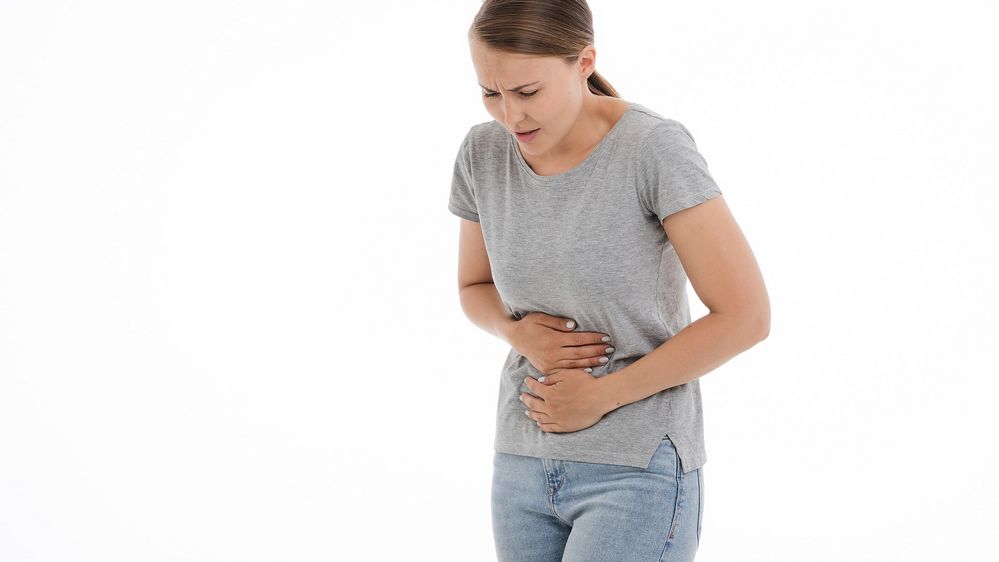 If you’ve found that you’ve become sensitive to the effects of caffeine, tea can be a much safer, gentler alternative, because tea contains tannins.

If you’re not familiar with tannins, they’re a type of bitter-tasting naturally occurring substance that’s often found in the skin or bark of some plants. In this case, they’re found in tea leaves.

If you’ve ever peeled a grape and found that the skin tastes very bitter, leaving your mouth feeling dry, these are tannins. Tannins are also what makes red wine taste so dry.

They’re known for their anti-inflammatory properties and their ability to reduce intestinal inflammation. The high tannin content can be helpful for people diagnosed with irritable bowel syndrome, excessive gas, or any type of stomach cramping.

Irritable bowel syndrome tends to hit first thing in the morning, after breakfast. A cup of hot tea before or after breakfast can help soothe the stomach muscles, preventing cramping, loose stool, or any other type of intestinal distress.

Many people with IBS cannot drink coffee, since the acidity in the beans is often a major trigger. So, if you’re looking for a caffeine source that won’t cause diarrhea, loose stool, bloating, and intestinal cramping, make the switch to tea.

That said, green tea does have negative side effects when menstruating, as well. This is especially true if you drink too much of it, so limit yourself to no more than 4 cups per day. 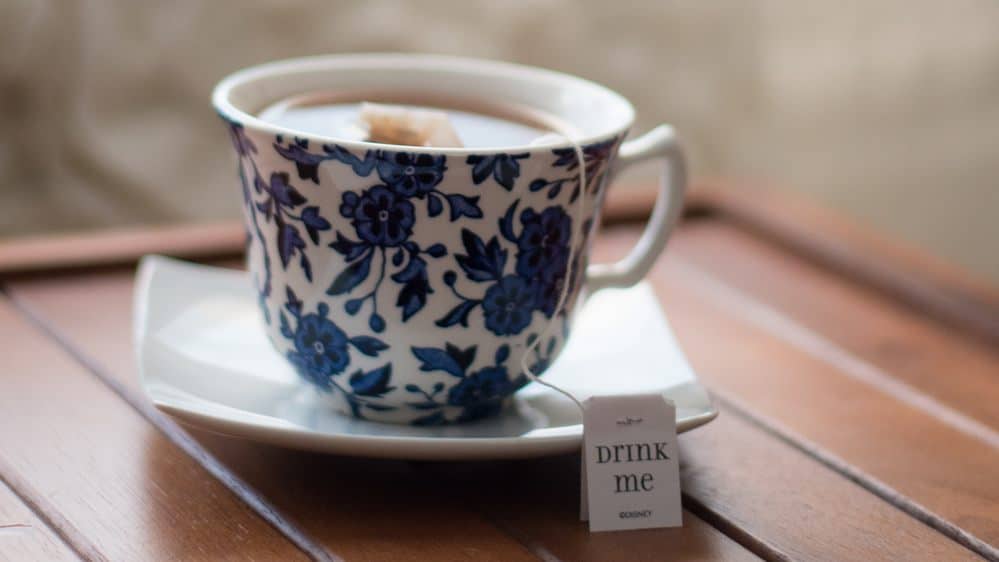 Is It Good To Drink Tea On An Empty Stomach?

An herbal tea or a gentle true tea can be a great choice if you need something hot before breakfast, but some types of tea can cause digestive upset if you drink them on an empty stomach. To learn more, read my article about drinking green tea on an empty stomach.

You could have tea with breakfast. That way you are eating while drinking, solving the problem of taking tea on an empty stomach. This is very common in the UK, for example, where breakfast teas are quite popular.

Is It Good To Drink Green Tea Every Day?

Many studies have shown that drinking tea daily can help to boost your overall health. It can help to protect the heart, the teeth, lower cholesterol and blood sugar levels, and much more.

It also has a lower caffeine content and acidity level than coffee, making it a better option if you suffer from GERD, acid reflux, IBS, or some other caffeine sensitivity.

How Many Cups Of Tea A Day Is Healthy?

The average person can enjoy three or four cups of tea a day. However, this will vary from person to person and can also depend on your overall health, and/or how sensitive you are to caffeine.

If you’re a new tea drinker, start off with one to two cups a day and increase your daily intake every few days, based on your tolerance and how your body responds to it. Personally, I drink it all day long and usually end up drinking over 10 cups daily.

There are also people who like to smoke their tea. This is common in some Asian countries. The effects of smoking tea are similar to drinking it, but inhaling smoke is obviously much worse for you than swallowing a liquid.

There are many benefits of drinking tea in the morning, such as a boost in energy without the jitteriness or crash that comes with coffee. It is also a great way to boost the metabolism and curb the appetite, and it can help soothe intestinal inflammation, which many people struggle with first thing in the morning.

Tea can be the perfect solution, if you’re looking for a caffeinated beverage to get you going in the morning, without causing all of the unwanted side effects of coffee.