Dancong is a Chinese oolong tea. It is difficult to brew correctly and can easily become bitter; however, when done right, a high-grade cup is regarded by many as the ultimate tea.

Known for its ability to imitate the flavors and aromas of various fruits and flowers, it can taste and/or smell like longan (a popular fruit in China) orchids, honeysuckle, dried fruit, ginger, almonds, grapefruit, cinnamon, sweet apricots, peach and mango.

Where To Buy Dancong

This tea is not always easy to find. Your best bet are specialty tea shops or online tea vendors. If you are unsure where to begin, you can check out some of my recommendations below.

How To Prepare Dancong Tea

The ideal brewing temperature is 90-95ºC (194-205ºF), which is just below the boiling point. You can simply boil the water using a regular stove-top kettle and then let it cool for 30 seconds.

If you plan on trying a lot of varieties of tea and/or coffee it might be worth it to invest in a water boiler/warmer or an electric kettle with a variable temperature setting. Personally, I recommend this Cuisinart kettle, because it has presets for every type of tea, so you always get the perfect temperature:

This tea is best brewed in a traditional porcelain vessel called a gaiwan and that is what I will use for these instructions.

Amazon is the easiest place for most of us to buy tea, but they have a very limited selection of Dancong teas. Most are not very good, but there are a few gems.

Easily the best is the Honey Orchid Phoenix Dan Cong Oolong Tea from Valley of Tea. As expected, it is not cheap, though. If you’re looking for a more affordable variety, try either of the teas from

My favorite Dancong teas come from Generation Tea, despite their hideous and outdated website. This company specializes in high quality Chinese teas and their 2015 Wild Duck Shit Guangdong Dancong is on another level. And don’t worry: there’s a perfectly good, non-disgusting reason for the name.

The duck shit tea is incredibly expensive. The Ya Shi Xiang Phoenix Dancong from Teavivre is also a great  tea, but not nearly as rare. It costs a lot less as a result.

Dan Cong oolong teas come from the Phoenix mountains (Fenghuang shan) near Chaoizhou City in Guandong Province, China. Most of the tea production is centered on Wudong Mountain, which rises to a height of 1391 meters. The highest point in the Phoenix mountains is Niaoji mountain with an altitude of 1560 meters above sea level.

There are actually a lot of different varieties of Dancong teas, with each taking on the frangrance and flavor of a flower or fruit. That is actually the defining characteristic of this type of tea and something truly incredible. No flavors are added at all. The tea takes on these flavors all on its own.

The tea plants in this area are left to grow into large trees, which is also unique. In other tea growing regions, the plants are trimmed and held to the size of bushes or even shrubs. Teas from the Phonenix Mountain area are also no replanted. The same trees are used for many years and are not even seen as mature until the are older than 60.

The word “Dancong” is often translated as “single bush”, but there is some gray area on the meaning that also influences what people consider a real Dancong tea.

If the translation is indeed taken to be “single bush”, then any real Dancong oolong tea must be plucked from a single plant. This obviously severely limits capacity, even when you consider how much larger these plants are than most tea plants.

In addition, since these tea trees are much older than average, they actually grow fewer buds than younger trees do. There is more flavor and more nutrition concentrated in each bud, however, because the tree has fewer of them to worry about and can pump more effort into each one.

Because of the limited capacity of tea plants to produce single bush teas, you will probably never find a Dancong that meets this strict definition on the market.

Another translation is “single trunk.” Taken this way, it describes a physical characteristic of the type of tea bush grown in this region. Instead of having many stems branching out from the bottom like most tea plants, the ones in this region have a single trunk. If this is taken as the definition, then any tea harvested from a plant with a single trunk would technically be a Dancong.

The final, and the currently most common, translation is “single grove.” By this definition, a Dancong tea is any tea that is sourced from a single grove, which is certainly easier to do that sourcing from just a single tree. And since most growing areas are planted with clones of a single mother plant, trees from a grove will generally be consistent in their flavor.

All this said, just because a tea is labeled as a Dancong, it does not mean it is any good. Any real Dancong, by the definition of “single grove” or “single bush” that belongs to one of the famous flavor varieties is good. But many teas that are labeled as such are not good. It makes it difficult to know what you are getting (hence my recommendations above).

Speaking of the flavor varieties, how did those come about?

Originally, the mother tree of Dancong is the Shuixian tree. Clones of this tree grew in the wild in the area and locals would pick them to produce tea. They noticed that some of them produced teas with special flavor profiles. They took grafts from the ones they especially liked and cultivated them individually.

Over time, this isolated cultivation led to the flavors and fragrances in each variety becoming more pronounced. They were given names (like honey orchid, ginger blossom, cinnamon, etc.). Even today, new varieties are being discovered and named. 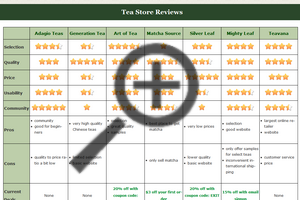 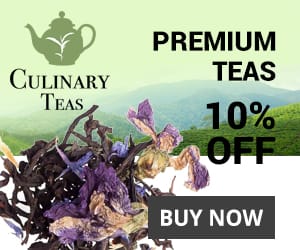